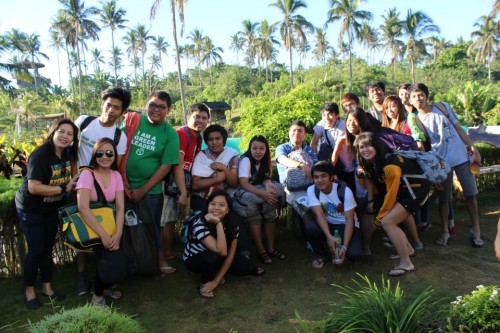 FEU Tech Commission on Elections announced 13 newly elected officers of the College’s Student Coordinating Council (SCC), for SY 2013-2014, on March 16, 2013, after a two-day election. The 13 officers were elected by student vote.

On April 6, 2013, the members of the SCC Executive Board were elected, and the new SCC was inducted by Dr. May Rose Imperial. In accordance with the SCC Constitution, the elected officers will serve for one term, of one school year, beginning May 1, 2013.

The SCC for SY 2013-2014 is composed of seven Course Representatives and six members of the Executive Board.

After their induction, the new SCC Officers underwent a two-day introduction and training session organized by the Student Activities and Development Unit (SADU). The activities composed of a turn-over ceremony, planning, and teambuilding. These were conducted on April 6, 2013, at T906, FEU Tech Campus, and on April 7, 2013 at Gratchi’s Farm, Tagaytay City.

Former officers worked with the new SCC to plan projects for the next school year, to share experiences, and to instruct the new officers in their duties and legal reponsibilities as council members. Further, a program was prepared by the Ten Outstanding Students of the Philippines Alumni Community to inspire the young leaders. The TOSP-AC activity was speaheaded by our alumni and TOSP awardees, John Paul Sibug and Dan Lester Mendoza.

The College also held an election for officers of the Recognized Student Organizations for SY 2013-2014. Held from March 22 to 23, 2013, the election was conducted for 13 RSOs of FEU Tech. The newly elected officers will serve for one term, of one school year, beginning May 1, 2013.