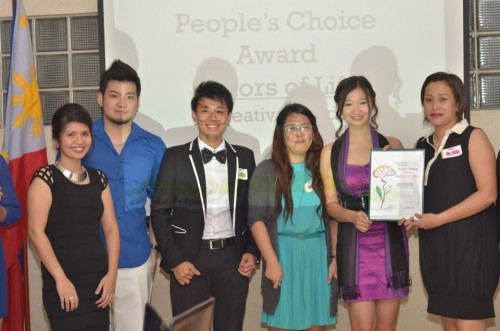 The Information Technology Education Department hosted three research presentations and exhibits last March, 2013. The events highlighted the projects of the College’s IT and CS students. The events were ITE Research Presentation and Exhibit, Culture Fusion 2013, and InCiTe 2013: Student Edition.

The first event, the ITE Research Presentation and Exhibit, was held on March 13, 2013, at the Mini-Auditorium. FEU Institute of Technology President Dr. Michael M. Alba and Ateneo Innovation Center Executive Director Mr. Greg Tangonan shared with the audience their IT research studies and how IT can affect the economy of the country.

ITE Research Presentation and Exhibit was divided into morning and afternoon sessions. Each session highlighted the various mobile and computer applications produced by students for their thesis projects.

All IT students are required to complete a thesis project as part of their program requirements. Students find clients (Industry partners, FEU Tech departments, or departments from other colleges), and design a project for them according to their specifications. Projects can be anything from an advertisement to a full 3D animated film. Eighteen projects were presented at the exhibit.

InCiTe SE 2013 was the third of the events held by the ITE department. InCiTe SE 2013, or International Conference on Technology (Student Edition) 2013, is an off-shoot ofthe original InCiTe for educators and researchers from the Philippines and abroad.

Students from 15 participating schools attended the event; the welcoming ceremony was held at the FEU Auditorium, on March 22, 2013. Mr. Monchito Ibrahim, the Commissioner of DOST’s Information and Communications Technology Office, was the keynote speaker.

The students presented their projects in parallel sessions, in the FEU Technology Building. They focused on system software, engineering projects, information systems, mobile and game development, and multimedia. InciTe SE 2013 was conducted in partnership with the Institute of Computer Engineers of the Philippines (ICpEP) and Far East University (FEU Korea).

The participating schools were