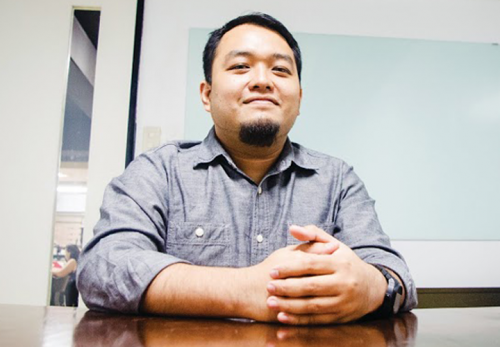 The Innovator was lucky to grab some time with Engr. Alexander Rey A. Gervacio, 28 year-old boss of three different companies. Ever since finishing his Civil Engineering degree at FEU – East Asia College, the man has been super busy at making his empire grow.

The calm eyes of Alexander Rey A. Gervacio seem to laugh softly when he talks, and his wide, flat goatee directs your attention to his enigmatic smile. He looks like a chill guy, he's anything but, really. Alexander is busy being the boss of three different companies: He's CEO of Fiber Holding Development Corp (FHDC); Vice President of Operations at GSI Construction; and President and founder of Green Tag Property Solutions Inc., a quickly rising real estate company he started with his wife. For the ambitious young Alexander, calm is not an option.

“Some say that I’ve succeeded, but at the moment, I don’t consider anything as my greatest accomplishment yet. I still have many goals,” Alexander said matter-of-factly. “For example, in the past, my goal was to become a good engineer, but now my goal is to hire good engineers. Another example: before, when I was 23, I wanted P5,000,000 in my bank account before I was 25. But, later, I realized it was too small. way too small. My goals evolve. They get bigger.”

As a college student at FEU East Asia, Alexander was a consistent academic scholar who studied Civil Engineering, following in the footsteps of his parents, both of whom are Civil Engineers. 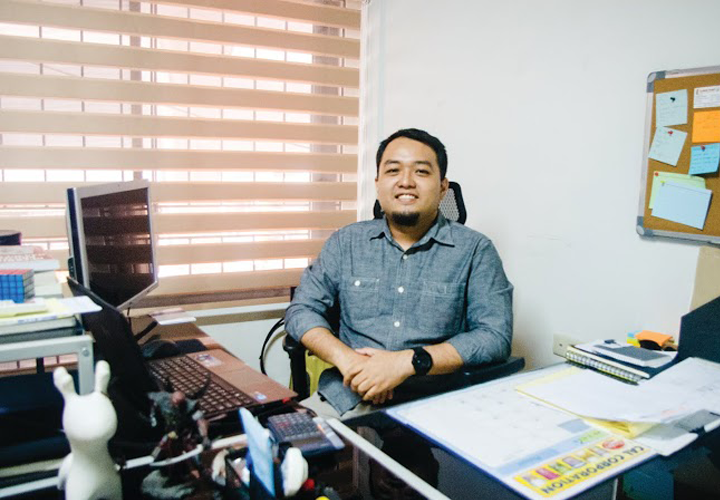 When you meet Alexander, you get a strong sense of his independent spirit, which he has developed since a very young age: “My father always tried to make me independent. He would give me projects to do on my own.”

Yeah, nothing calm about Alexander.

When asked about what major lessons he took from being at FEU East Asia, Alexander responded, “FEU East Asia taught me that, when I’m given a problem, there are always several approaches to solving the problem. You have to be strategic. For example, when I need to hire someone, I know not everyone with all the licenses is great. It’s in what they can do. So, if my problem is that I need someone new, I will look at that problem many different ways until I find the right solution. That’s what I carry with me even now.”

And, finally, when asked in asked if he had any advice for students still studying at FEU East Asia, Alexander’s eyes laughed, and he offered two parting thoughts:

“Don’t be content with passing. Prove something to yourselves.”

“Find your passion. If you want to venture into business, it’s either by passion or you’re really great at it. You’re lucky if you have both.”