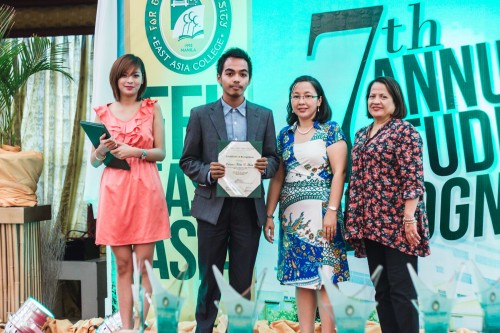 AN Engineering senior student from the Far Eastern University who has been battling lymphoma topped the recent on-the-spot essay writing contest sponsored by the Young Men’s Christian Association (YMCA) held in the YMCA Manila.

Ibon’s gold award came few months after he capped the annual Angel Palanca Award for Peace where he received a bronze medal in the essay writing category.

His piece, entitled Wish to See in this World, was also a first in the history of the Far Eastern University Institute of Technology.

Earlier, the 24-year-old native of Batangas City and son of journalist Cris A. Ibon, also won the silver medal in the National Rizal Youth Leadership Institute on-the-spot essay writing contest sponsored by Order of the Knights of Rizal, held in Baguio City for his Rizal in Me, where he showed how the national hero can be resurrected among the youth today.

His I am a Battle Field, won a gold medal in the SULOK Creative Competition sponsored by the FEU Institute of Technology School Publications, documenting his battle against Stage 3B, Hodgkin Lymphoma, a form of cancerous cell.

About four years ago, Ibon was in his last term in his engineering course whe he was diagnosed for cancer.

He underwent series of chemotherapy at the St. Luke’s Medical Center in Quezon City and was given a slim chance to survive.

Instead of giving up, Ibon takes to writing and banks on faith to live and fight another day.

Here’s How to Advance ICT Education