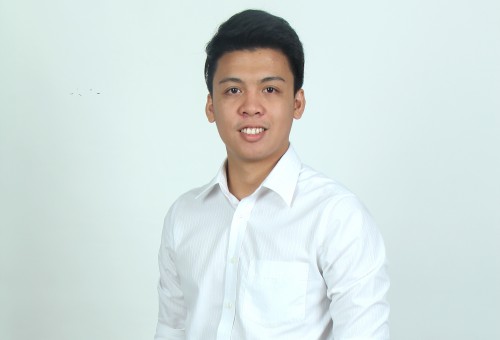 I did not have any direction in life while growing up, said John Angelo Cruz, an Engineering graduate from FEU Institute of Technology.

With his mother unemployed at that time, he shares that growing up was challenging as John and his seven cousins had to make ends meet with just their grandparents small pension money. He recalls, Back when I was still in grade one, I had to survive on an allowance of five pesos for two days. On the first day, I would usually buy lugaw for three pesos and the rest for candy that I would sell in class so I can earn three pesos more to cover for the next day.

John’s story is just one among those that were shared in an intimate ceremony as 263 new scholar graduates under SM Foundation were presented to its founder and benefactor, Henry Sy, Sr.

Established in 1993, the SM Foundation’s College Scholarship Program awards full-college scholarships yearly to over 250 underprivileged but highly deserving public high school graduates nationwide. Guided by SMFI’s principle of People Helping People, the program was inspired by the belief of Mr. Sy on the power of education which can provide equal opportunities to enable one to achieve his full potential.

As part of the scholarship, the students receive full tuition subsidy as well as a monthly stipend for the course of their choice from the Foundation’s 84 partner schools nationwide. Moreover, taking a more holistic approach in the development of its scholars, the program provides opportunities for an annual general assembly, recollection, and an option for summer and Christmas break jobs.

Unlike usual scholarship programs, beneficiaries of the SM College Scholarship Program are not mandated to render services to the SM Group of Companies after they graduate. As far as SM is concerned, there are no strings attached. All our scholar-graduates are free to pursue any opportunity that comes along, including job offers from our Group, said Carmen Linda Atayde, SM Foundation Executive Director for Education.

We wish them all the best and are hopeful that the training they received as scholars will equip them with skills and values to take on any challenge that they may face later in their respective careers.

Looking back on those hard times, John shares, In the long run, my attitude changed when I thought about the opportunities that came my way. Motivated by his experiences, he continued to challenge himself which opened doors for him.