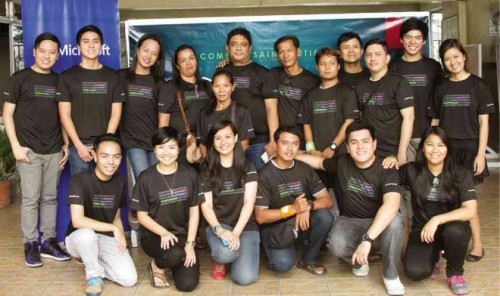 If I could have shared my voice with her to give sound to the words she wanted to say, I would have done so,  Maria Genina Domingo of the Polytechnic University of the Philippines, referring to a hearing-impaired student she was coaching.

The 20-year-old Information Technology major, along with five other Microsoft Student Partners from other universities, conducted recently a free coding workshop for persons with disabilities (PWDs) at St. Mutien College in Dau, Pampanga province.

It was the second in Microsoft Philippines cross-disability training activities. The six student trainers were among the 20 who attended the first workshop, part of Microsoft’s WeSpeakCode campaign, in Manila.

In the Philippines, the campaign was initially designed to train K-12 (Kindergarten to Grade 12) students for free, Sibug said.

The idea to expand the program and include the differently abled came up when, in a Microsoft activity, Sibug noticed a participant without an arm.

The proposal won as WeSpeakCode’s next best idea during the Microsoft Asia Pacific-wide competition in April.

The workshops, Sibug said, aim to break the barrier between PWDs and the world through technology.

Teaching PWDs programming and coding for free would open up more job opportunities for them, Sibug said. 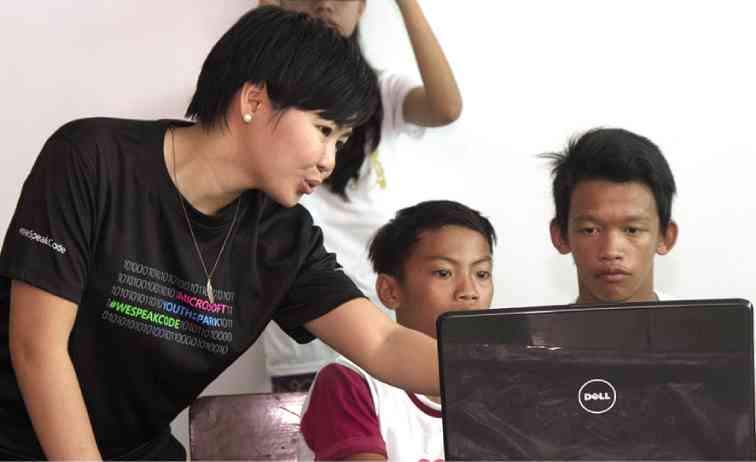 In the morning, 18 Special Education (SPED) pupils from Dau Elementary School attended the coding workshop. Other PWDs in Dau attended the afternoon session.

Changcoco taught the students with Blockly, a drag-and-drop visual programming editor that teaches coding using games. Tutorials on the website are made easier because themes patterned after the game Angry Birds and the movie Frozen are used, he said.

Carlos Caballero, a 23-year-old Computer Engineering junior at Far Eastern University Institute of Technology, discussed the codes in website development through Codecademy, which offers codes and other programming languages like JavaScript, CSS and C++.

SPED teacher Gina Caya of Dau Elementary School, who interpreted for the deaf students through sign language, said Grade 6 pupils Geraldine Amurao, 15, and Joshua Datu, 15, said after the workshop that they learned new things and enjoyed the training.

Sibug said the students were interested since coding was something different from playing computer games.

This project will continue; it’s just the start, Domagsang said. What we did was unlock potentials that they (trainees) never knew existed and open possibilities for them.

She was optimistic they could also bring the workshop to the Visayas and Mindanao for the benefit of PWDs there. 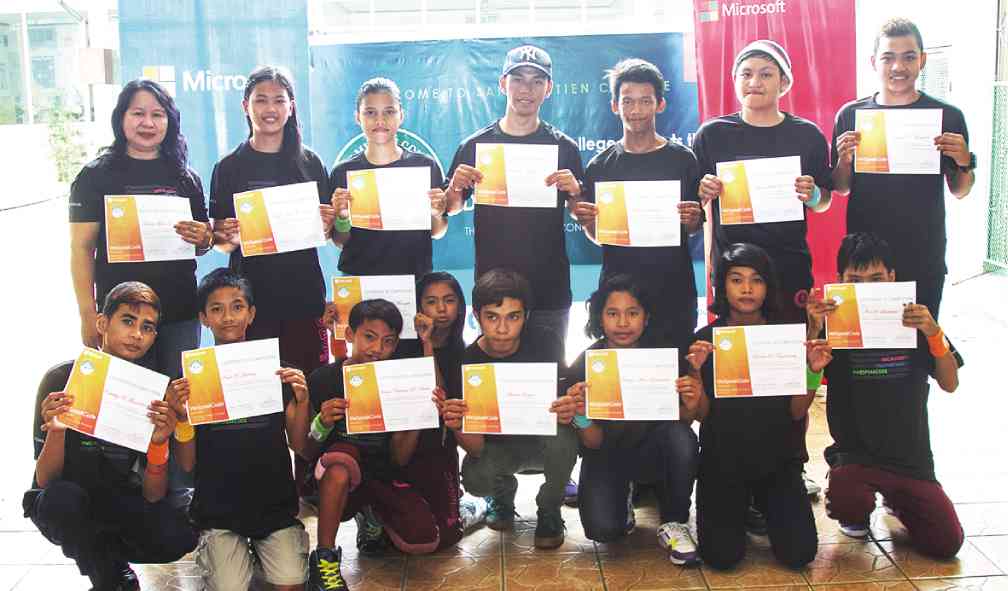 Other trainers at the Dau workshop were Kristian Catahan, 20, of DLSU; Ian Christopher de Torres 20, of Enverga University; and Gladys Joy Alcantara, 19, of Treston Colleges.

The partnership between Microsoft Philippines and the 50-year-old St. Mutien College was being transformed into a social enterprise, said resident social entrepreneur Noreen Bautista.

St. Mutien, which aims to develop professionals and entrepreneurs for the new economy, was envisioned to be technology-driven. Among its social objectives is to train PWDs and make them able professionals, Bautista said.

It’s fitting that we (Microsoft and St. Mutien) found a common ground in the advocacy of making programming accessible to the deaf community through  WeSpeakCode,  Bautista said.

The school is launching soon a center for PWD entrepreneurs (PWDe) [that will offer] technology and business training  particularly to the deaf, she said.

Corneby made partnerships with schools like St. Mutien College possible. The school invited Caya to undergo the coding training.

We use technology to contribute to education and create employment to improve the lives of people in communities, Corneby said. The whole experience is empowering and life-changing for people who participate and contribute.