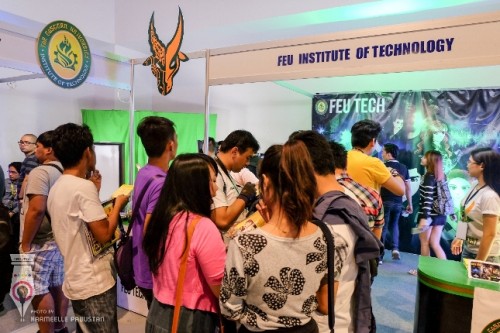 By Angela Peralta, The Innovator

FEU Institute of Technology joined the E-Sports and Gaming Summit (ESGS) 2016 last October 28-30 at SMX Convention Center in Pasay City. This is one of the largest gaming conventions in Southeast Asia, and a must-see utopia for gamers, game developers and anyone up for gaming. The college was able to showcase the work of its animation and game development students. 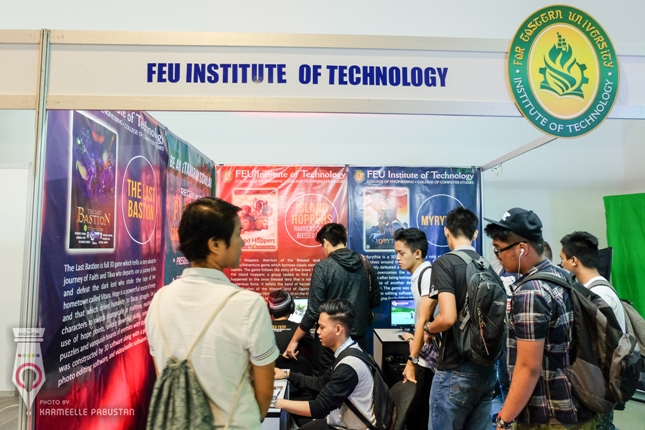 During the three-day summit, FEU Tech presented three of its award-winning games; Island Hoppers: Warriors of the Blessed Land by Carlo S. Prindiana, Frederick Cacnio, Robert Marlou De Guzman, and Leo Manual Magpayo [Nocturnal Software], Myrythia by Kristorfferson S. Chiong, Gailbert S.L. Huang, Ian Carlo C. Marcelo, and Francis Jerome Pagaragan [Ancestral Gear], and The Last Bastion by Frederick T. Camua, Nathaniel Guevarra, Algerico A. Tape, and Masayuki B. Yuda [Tangent Space]. Attendees were able to play these exhibits and experience the hype of these games. Freebies and free use of the photo booth were also given to attendees who dropped by the booth. 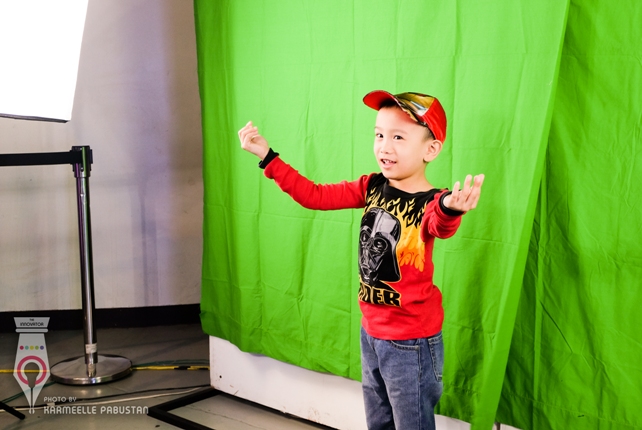 Now on its third year, ESGS hosted an apparently growing number of E-Sports tournaments, including League of Legends, DoTA2, NBA 2k17 and many more. The event also featured upcoming triple-A titles, from the biggest international video game companies such as Bandai Namco’s Tekken 7, Sony Playstation’s Final Fantasy XV, Ubisoft’s Just Dance 2017, and Capcom’s Resident Evil 7. Some lucky attendees also had the chance to meet David Reichelt, the creator of Color Switch, or Koji Igarashi, one of the developers of the Castlevania series. 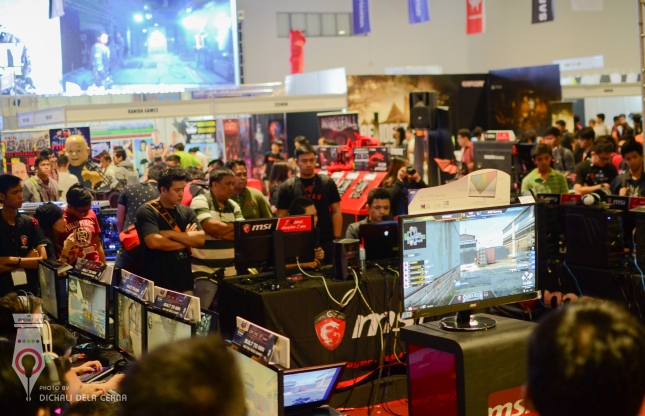 Local and foreign indie developers were also given opportunity to display their games. In a short interview with Mr. Jed R. Cruz, the co-founder of Popsicle Games, he gave advice to aspiring game developers: (1) it’s never too late to start making games, (2) continue to create and learn to accept constructive criticism, and (3) allow other people to play your game as soon as possible; don’t wait until it’s perfect, or else it will be impossible to finish.

Moreover, games were not the only highlights of this event. Also present during the event were the digital art giant Wacom, local animation studios, and global tech companies like MSi, Samsung, HyperX. Gaming, art, and anime merchandise which were also sold in one section of the venue. This would also not be a complete gaming convention without cosplayers, who added fun and whimsical air to the event. The perfect combination of the competitive and the creative side of the video gaming industry what more can game enthusiasts ask for? We look forward to seeing what new games FEU Tech students will bring to the next ESGS!