Nathaniel Castro: How Passion Helped Him Build His Own Production House 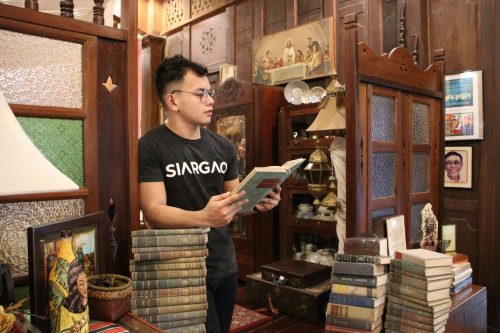 This was Computer Science alumnus Nathaniel Castro’s nickname in school because of his fondness for directing and creating videos.

My classmates called me Nathaniel Castro Productions. Every time there was a video requirement like music videos and documentaries for our subjects, I would volunteer to do it, he recounted.

He never imagined that Nathaniel Castro Productions would one day be a reality taking on high-profile clients from various industries.

PLOT TWISTSCastro was still in college when he lost his father. A heartbreaking loss that forced his family to go back to square one. To survive, they had to sell everything they owned.

“We sold all our investments. My mother rented a space in a wet market in Pampanga. That small space also doubled as our home,” Castro said. It was even more painful for me because I had to stay in Manila and live in a dorm my aunts pay for so I can continue my studies. They were struggling and I was far away and could not help them.

This dire situation fueled his desire to graduate and earn enough so they could at least live in a decent house.

Despite the odds, Castro became one of the participants of FEU Tech’s Study Abroad Program and went to the National Sun Yat-sen University in Taiwan. FEU Tech shouldered all his expenses.

I purposely aimed to be one of the representatives so I could have at least one sem free. Soon after, Castro earned his BSCS-Software Engineering degree in 2015 and was employed as Project Manager in a BPO Company.

“For a year, I spent my time at work and at home so I could save enough to pay for a home for my family. I did not party like a millennial,” he said.Still, he felt that he was not earning enough to give his family a comfortable life.

TURNING POINTOne day while scrolling through his Instagram feed, he saw a job ad from a celebrity looking for someone who can edit his vlogs. Despite having skills but lacking experience, Castro tried to give it a shot. He sent the projects he produced at FEU Tech as portfolio and hoped for the best.

Fortunately, he was shortlisted and was eventually chosen for the job.

“The problem now is that I did not have the equipment I need. Luckily, my client agreed to let me borrow his camera for the shoot,” Castro narrated.

Next, he struggled in editing and exporting videos because his old laptop could not handle the apps that he needed to use.

“I had to ask an office mate to use his credit card so I can buy a laptop. I am really grateful to him because he trusted me.”

He then started sending his works out to potential clients and while he received rejections, he was also blessed with good opportunities.

Soon, the rejections were overcome by the blessings. He was hired by an airline and then by Dubai-based designers Michael Cinco and Michael Leyva, the Department of Transportation, Mega World, Mega Magazine and the diverse list goes on.

Apart from his talent and skill, Castro credits his experience as a Student Leader for this success. He says it gave him an advantage in dealing with different kinds of clients despite his age.

SHARING HIS BLESSINGSThese days, Castro is looking forward to expanding his company by adding web development services. Also, now that his clientele is increasing, he has started building his own team with students from FEU Tech who share the same passion for photography.

“I see myself in them. I began this career like them with just skills and no equipment so I want to help them.”

Castro encourages each one to persevere despite the obstacles that will come their way. “Believe in yourself. Great things never happen inside your comfort zone.”