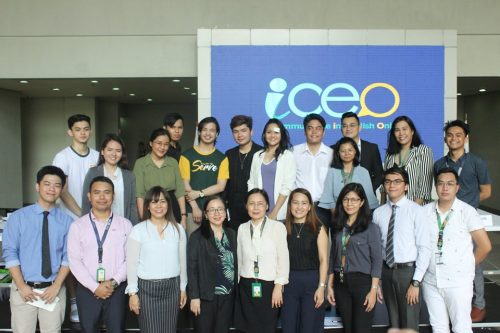 Engineering students proved that they can go beyond solving equations as they displayed their public speaking skills at the first ICEO Debate Tournament held at the Student Plaza last Thursday. 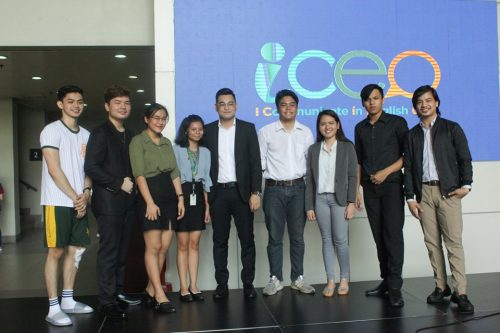 Six student finalists, divided into Government and Opposition sides, faced off to discuss their opinions about the imposition of high property and land taxes on foreign buyers and property owners. Each team is graded for their knowledge of the facts and issues, responsiveness, organization, time management, and manner. 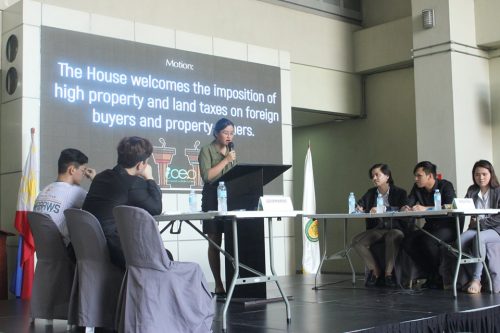 The Government Side, led by their Prime Minister Ryanne Gail Kim, commenced the debate proper. According to Kim, foreign investors should pay higher taxes for land ownership because foreign ownership does more harm than good since it does not favor the local constituents. John Cedrick Gallenito, the group's Deputy Prime Minister, expanded their stand by saying that taxes are essential for the government and more investments would mean a higher Gross National Product. Government Whip Clyde Erickson Capati concluded that the imposed tax on foreign investments can be used for infrastructure projects. He also added that foreign investments can be a way of advertising Philippines in the global market.

On the other hand, Opposition Leader Jay Anne Cipriano refuted the Government's side and asserted that imposition of taxes not only harm foreign investors but affects Filipinos as well. For Cipriano, foreign investors might opt to cut off their employment numbers and reduce the salary of their workers in order to compensate their loss due to high taxes. Brandon Jake Valeros, Deputy Leader of the Opposition Side, added that due to the increase of corporate tax, foreign investors may impose higher prices for their products as well. Opposition Whip Ian Pascua ended their argument by summarizing that higher taxes entail consequences that can put risk to businesses, enterprises, and Filipino workers in general.

The debate proper ended with firm handshakes and warm greetings. 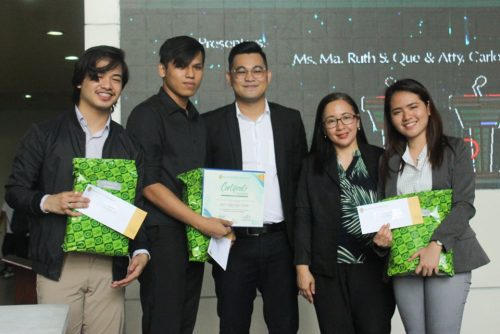 After careful deliberations, the distinct Board of Judges consisted of award-winning debaters Ms. Patrize Sullivan, Mr. John Faustino, and Atty. Joseph S. Borja, hailed the Opposition Side as the Best Debating Team. Cipriano bagged both the Best Speaker and Best Debater Award.

The first ICEO Debate Tournament was organized by the Humanities, Social Sciences, and Communications Department in partnership with the FEU-Main Oratorical and Debate Council.