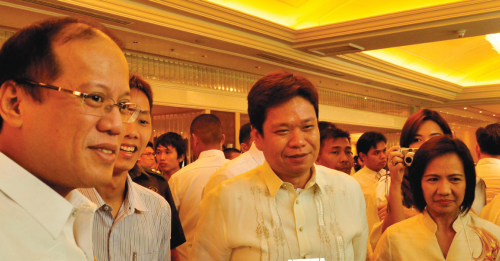 Here at The Innovator, we are dedicated to changing the way you see the world. That's why it's our duty to show you how the students of FEU Tech are improving technology and affecting our society in positive, potentially life-saving ways. Check out some of their innovations!

Are you afraid to go out at night? Are streets and alleys too dark to seem safe? Has a brownout (or blackout) left your neighborhood in pitch black? Well, thanks to a team of FEU Tech students, you might never have to worry about those things ever again.

Here's how it works: A solar panel attached to an LED street lamp captures solar energy from the sun, converts it into electricity, and stores the electricity in batteries. By harnessing the power of the sun, the LED street lamp is not only more environmentally friendly, but also brown-out (blackout) proof, so it'll keep on shining even if there isn't electricity running through the city; the solar batteries can last for four consecutive nights. On top of that, the lamp's solar panels sit on a motorized mount controlled by a Sensor-Based Solar Tracker. The sensor then detects the position of the sun in the sky and rotates the panels accordingly, allowing them the most optimal position for absorbing the sun's rays.

Even President Benigno Aquino showed interest in FEU Tech's innovation. How cool is that! 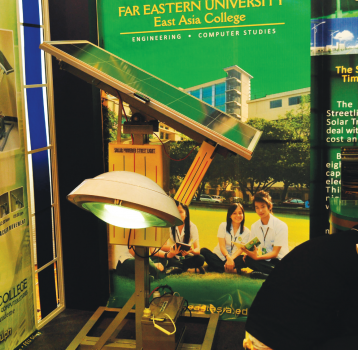 There are 40 million people on motorbikes in the Philippines (Wow, that’s nearly half the population!), so it’s not surprising to hear that motorbike theft is a major problem. That’s why another team of FEU Tech students decided to do something about it. Their solution? Micro Controller-Based Anti-Theft parking for motorbikes.

Here’s how it works: The system is governed by two microcontrollers (PIC16F877) and has three main features, a fingerprint scanner (biometric authentication), a bill/coin acceptor, and a motorized clamp. After a motorist parks his vehicle into a specially designated slot, he inserts a set amount of money into the bill/coin acceptor. The computer recognizes the money and then requires the motorist to scan his thumbprint. The motorized clamp then locks the back wheel and engine into place, preventing others from removing the bike from the slot. To unlock the clamp, the motorist scans his thumbprint again and then the motorbike is released. 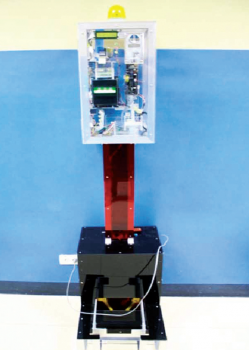 Most people are aware that gas leaks can be deadly. And most people also know that they can avoid any problems with gas leaks if they have a proper gas leak detector. But, what most people don’t know is that the College’s students are developing a new, more innovative version of the old gadget.

How it works: Your typical gas leak detector uses sensors to monitor a certain area of coverage for the presence of any noxious gases. This can be especially important for industrial sites that work with and utilize an array of dangerous chemicals and their potentially deadly fumes. The prototype developed by students ate FEU Tech is even more effective at doing this gas leak monitoring and is able to more quickly alert operators of a hazard. The quicker the response, the more time there is to prevent a possibly lethal situation, thus protecting and saving lives. 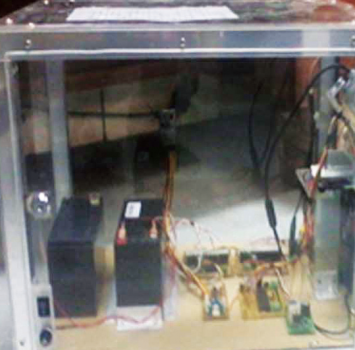