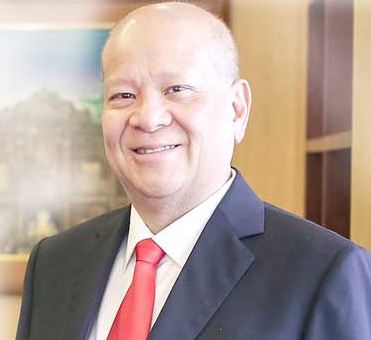 San Miguel Corp. (SMC), the country's largest corporation, which many of the populace identify with a lot of lifestyle consumer goods that have become a staple of their lives, is breaking new ground on a lot of economic frontiers.

One of them is literal and physical: The construction of a game-changing expressway that will link the provinces of Batangas, Laguna and Quezon, cutting down the tiring, usual three-hour commute time to 45 minutes. Another project is the Bulacan Airport, which has been designed with six runways and can accommodate 200 million people at any given time. Just recently, SMC's water business might be streaming into a few more million households, although this decision seems to be guided more by reasons of philanthropy rather than profit. To date, as 6million residents of the National Capital Region are raising an outcry against the crippling water shortage, SMC has offered to deliver more than 100 million liters of the precious liquid from its Bulacan Bulk Water Treatment Plant to the affected areas.

In a statement released to the press about this crisis, SMC President Ramon Ang spoke of the need for the nation and each Filipino to "pull together and help each other," acknowledging vital institutions such as households, hospitals, schools, and businesses.

The 65-year-old self-made billionaire, who Forbes Philippines estimated to be worth $2.9 billion, is likewise known for his privacy. But the theme of nation-building and giving back to the less fortunate, as well as the next generation echoes throughout his public messages. Once it is functional and working, the Bulacan Airport is calculated to give 40 million jobs to Filipinos, while boosting tourism significantly by attracting 20 million tourists.

Education is also close to his heart. Last year, Ang endowed his alma mater, the Far Eastern University (FEU), with funding for a scholarship program that will empower at least 300 talented yet underprivileged students to finish a college education over four years.

While the SMC president graduated with a degree of mechanical engineering from the FEU, he also credits it with the hard-earned "life lessons" that served him well in life and propelled him to success. More than 40 years ago, he was a working student who did odd jobs after classes to support himself, help his family and fund his schooling. In a speech before the university's 2018 graduating class, he acknowledged that it was those years where he learned how to do business from the ground up that formed his skills, and set a proper foundation for long-term success. He developed the abilities to deal with people from all walks of life, read and understand individuals and their motivations and abilities, adapt to any situation no matter how challenging, and "make tough decisions based on gut instincts."

Building long-lasting business relationships and standing by valued partners, allies and friends were also a key to his success. After college, Ang went a few steps further down the road taken by his father who owned a shop that repaired motor vehicles in Tondo, Manila. He ventured into the trading of luxury automobiles and the sale of their hard-to-find parts. His passion for top-of-the-line cars connected him to the taipan and industry mogul, SMC owner Eduardo Cojuangco, who made him handle his cement enterprise in the north. The rest, as they say, is history.

Ang made a profitable business out of what was known then as Northern Cement. His loyalty, as well as his entrepreneurial genius, also shone during both the bright and dark days. He ran the business Cojuangco entrusted him with honesty and diligence during the shaky moments when the taipan left for overseas following the EDSA Revolution. Years later, upon his return, Cojuangco rewarded Ang's integrity and leadership by making him his successor in SMC and selling him a majority of his shares.

SMC transformed under the helm of Ang. It has diversified from its solid footing in food and retail to venture into infrastructure, oil, transport, property, cement and banking, among others.

Asked by the FEU students the keys to his unceasing success, Ang voiced the elements of his own code of honor, which others who want to follow in his footsteps would do well to heed: "Be a man of your word. Work harder than anybody else. Be decisive. Be a risk-taker. Nothing is impossible."

This article is based on previously published reports on Ramon Ang.

(Photo and story published on The Manila Times on April 5, 2019)

Why Mechanical Engineering Is The Course For…