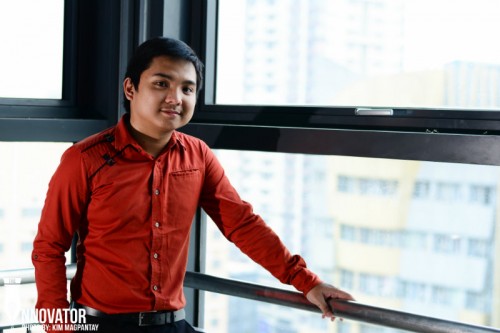 With numerous awards and recognitions under his belt, Civil Engineering student Christian Baldo is definitely bringing pride and honor to FEU Institute of Technology (FEU Tech).

Recently, Mr. Baldo placed 2nd at the Search for Outstanding MATHlete at UP Los Baños, then 3rd at the 14th MSP-NCR Search for Senior Math Wizard. He didn’t stop there, he also placed 2nd in the Integration Bee 2015 and 4th place at the 42nd Annual Nationwide Search for Math Wizard, both at UP Diliman.

Not slowing down, Mr. Baldo placed 1st at the Don Thomas National Civil Engineering Competition and was crowned champion at ASEP's Structural Quiz. He and his team of Mark Eulysis Alzaga and Hisham Sacar were also hailed champions of The Grandis Olympian 2015: General Education and Math Quiz Bee, held at the CCP Studio Theater.

A graduate of Quezon City Academy, Mr. Baldo first wanted to get a BS in Mathematics but decided instead to pursue Civil Engineering at FEU Tech, where he was awarded an impressive scholarship. He hopes to improve the country's infrastructure in the future.

Despite being an all-around whiz at math, Mr. Baldo is humble and a typical student. He struggles with waking up early for morning classes, worries about difficult Engineering subjects, and thinks about the future a lot. He works hard to persevere and enjoys math and science competitions between studies, citing prayer as the source of his successes. “There was a time when I really thought I would lose [at ASEP's Structural Quiz]. My score was 5 and my competitors' scores were already in the range of 15-19. During the break, I prayed to God to guide and help me, and give me the grace of the Holy Spirit, because I had really gotten nervous. When it was all over, I didn't know what happened, I was shocked actually. I had won. God had really answered my prayer,” Mr. Baldo Shared.

When asked for some advice for his fellow iTamaraws, Mr. Baldo had this to share: “Competition should be a very big thing to you, it must be your passion. If not, then you won’t be determined enough to prepare yourself beforehand. Also, seek help from supportive professors, like Engr. Lupague, Engr. Villaos, and Sir Marciano [all members of FEU Tech's Math and Physical Sciences Department]. They really help you prepare for competition and support you throughout.”

After finishing undergrad, Mr. Baldo wants to further his education by getting a master's degree, then a doctorate, before joining the Industry. We salute you, Christian Baldo, and look forward to seeing your future!

Mike versus The World: An FEU Tech…