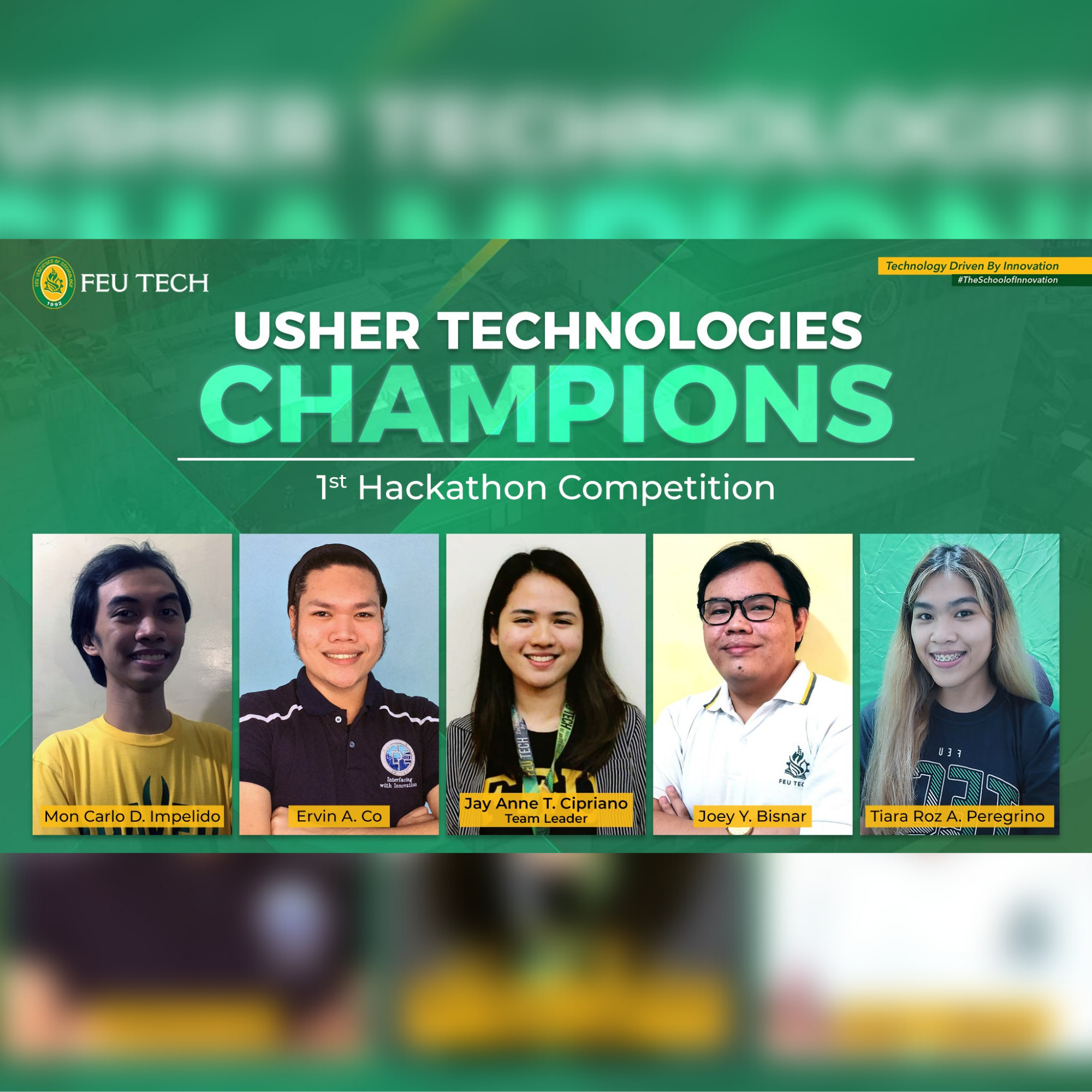 A group of Computer and Electrical Engineering students won as Champions in the first Hackathon Competition organized by USHER Technologies, in cooperation with the Department of Science and Technology (DOST) and the Philippine Council for Industry, Energy, and Emerging Technology Research and Development (PCIEERD).

Out of these participating schools, the iTamaraw team called “AIssentials” (composed of Joey Bisnar, Jay Anne Cipriano, Ervin Co, Mon Impelido, and Tiara Roz A. Peregrino) managed to make it to the top with the presentation of their "Real-Time Earthquake Damage Detection System".

According to Cipriano, the team leader, their project was built to assess the severity of a certain tectonic plate movement caused by an earthquake.

“Once the Earthquake Recording Instrument produces acceleration data, our system’s algorithm automatically analyzes the movement. Once completed, results of the algorithm will be the basis of the required intervention you must do,” she explained.

Cipriano expounded further saying that their system has the ability to notify its users if an earthquake brought a slight, moderate, or extreme damage in a building.

“If it's slight, you don’t have to take any action. If it’s moderate, you can do some inspection because there might be cracks or faults in your structure. Lastly, if it’s extreme, you need to rebuild the components. That’s the basic functionality of our system,” she added.

When asked about the edge of their project as compared to the other entries, Cipriano said it was all about having a solid basis and support system from the FEU family. She even revealed they worked night and day to finish this project while constantly communicating with several Civil Engineering professors.

“Perhaps the reason why our project was able to stand out was because it has a solid basis. Other schools only categorized the vibration’s data to what they know. In our case, it was different. We were supported by different mentors. Almost everyone from FEU contributed to make this contest successful,” she exclaimed.

“That’s really one factor that gave us a good edge --- the reliability and credibility of our assessment tool. Even if you don’t make any more modifications on our project, it’s already ready for public use.”

On obtaining the needed skill set for the competition

Meanwhile, Co reiterated that when joining hackathon competitions, a participant must always be knowledgeable in programming, critical thinking, and communication. For him, these set of skills played a huge role in their team’s success.

“Since this is a hackathon, we must know how to program very well and assess which programming language fits right for our project. Critical thinking, on the other hand, is applied in understanding and analyzing the problems given to us as well as creating ideas that can help throughout the contest. Lastly, the most important for me is communication because without this skill, we could not have gone this far and win the competition,” Co explained.

Peregrino added that analytical and creativity skills are needed as well to thrive in this type of competition.

“Even though the topics given to us were out of our spectrum or expertise, if you’re great in analyzing data, you’ll still be able to comprehend its parameters and relationship. Also, if you’re creative enough, you’ll be able to think outside the box to produce a good output. I think when you have these two skills, you’ll really be able to ace the hackathon competition,” she said.